Program of the Afrikana drumming show:

Since 1992, May 22 has been an International Day for Biological Diversity, with the word biodiversity denoting species diversity as well as ecosystem diversity. The Convention on Biological Diversity is one of the most important in the field of the environment. At the same time, it is an umbrella convention because it deals with all aspects of the environment, including the social and economic aspects of our lives.

The protection of biological diversity has become one of the priorities of international environmental policy, leading to the adoption of the Convention on Biological Diversity on 22 May 1992 in Nairobi, Kenya. The Slovak Republic became a member of the Convention in 1994. The Convention is built on the recognition of the value of the common natural heritage and on respect for all forms of life.

International Day has been declared by the United Nations (UN). It is interesting that since 1995 was commemorated on December 29, the day the Convention on Biological Diversity entered into force. In December 2000, it was decided at the UN General Assembly that this memorial day would be celebrated on May 22, when its final text was adopted and approved. 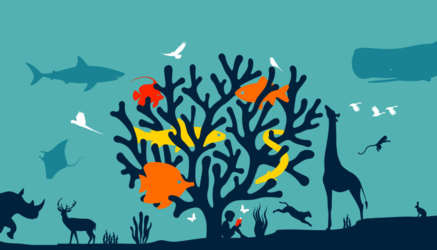 The adoption of the Convention at the UN Conference as a document of international law completed the process of establishing a convention that provides legal coverage for a similar convention aimed at the protection of wildlife as a whole, the protection of wild flora and fauna and the protection of natural resources. However, the Convention does not repeal or overlap with these conventions in any provision. However, its importance and position cover many problem areas and express a new approach to them, especially in terms of their global importance. At the same time, it complements those problem areas that are extremely sensitive and have not yet been addressed in terms of international law (often not addressed at national level either). For these reasons, the Convention is understood as a supreme document and its individual substantive and legal objectives fill the "free" space not included in the older conventions.

Natural capital is made up of our ecosystems, which in turn make up what we call ecosystem services. For example, tourism is dependent on a good natural environment and is directly related to nature conservation. Stopping the loss of biodiversity will significantly contribute to the improvement of ecosystem services, which are a prerequisite for a healthy, quality and safe life of the population.

We use cookies from third party services for marketing activities and to offer you a better experience. Read about how we use cookies and how you can control them by clicking "Privacy Preferences".

In order for us to offer you the best possible shopping experience - for the search to work properly, for the site to remember what you have in your cart, for the content of our site to be tailored to your preferences, and for us to improve our services based on site usage analysis. we and our partners have access to cookies and similar technologies, ie. small files that are temporarily stored in your browser. For some types of these files, their storage and access, as well as the processing of the data contained in them, is only possible with your consent. Thank you for giving us your consent and helping us improve our e-shop. We will treat your data decently. In the Privacy section, you will find more detailed information about cookies and related data processing, as well as the option to re-use them.